The Struggle for Mastery in Asia 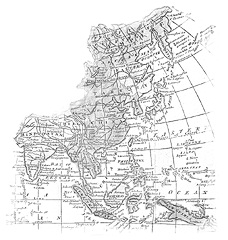 “Draw them in with the prospect of gain, take them by confusion. Use anger to throw them into disarray.”
Sun Tzu, “The Art of War”

Pundits will no doubt spend the next several days arguing over the language of the American apology that brought the crew of the Navy EP-3E surveillance aircraft home from Hainan. They will ask what will happen to the aircraft left behind, and what further actions might be taken as a consequence of Chinese arrogance during a crisis mostly of China’s own making. But the largest lesson to be learned from the events of the past two weeks relates to the long term, and is serious in its implications for the future of the U.S. as an Asian power.

From this point forward, no one should doubt that our overinvestment in the economy of a nondemocratic and ever more aggressive nation has seriously compromised our ability to conduct foreign policy in the world’s most dynamic region. And the fact that we have become vulnerable to a Chinese military modernized through the benefits of our own technology should give all of us pause.

Although the Clinton administration’s persistent corruption and softness toward China enabled that country’s recent surge in both military power and adventurism, the present situation is in many ways a consequence of the Cold War with the Soviet Union. From Richard Nixon’s first visit to China until the collapse of the Soviet empire, there were sound strategic reasons for the U.S. to cultivate a stronger China, in order to help counter a massive Soviet push into East Asia.

By the mid-1980s, the Soviets had 370,000 ground troops in East Asia, plus 85 Backfire bombers and 2,400 combat aircraft. Their Pacific fleet boasted more than 600 warships, including two aircraft carriers, 41% of the heavy surface ships in their navy, and 40% of their nuclear submarines. They had accomplished the historic Russian dream of having a warm-water port in the Pacific, and on any given day two dozen Soviet ships were in Cam Ranh Bay, Vietnam, as were fighter, bomber and long-range reconnaissance aircraft. They were still on the move in Afghanistan, and had an active defense relationship with India that included providing India’s navy with nuclear submarines.

There was also an acceptable, if untested, logic at that time that the Chinese political system could be permanently liberalized through the mechanism of free trade. Sensible Americans believed that contact with the outside world, the creation of a vibrant middle class, and an exposure to creature comforts and individual freedoms, all would combine to force major changes in the way China’s unelected leaders treated their own people.

But history, as T.S. Eliot once wrote, has many cunning passages, and our careful partnership underwent surprising mutations as the always-delicate power relationships of East Asia began to alter. When the Soviet empire dissolved and the U.S. Navy’s force structure was cut in half, giving the impression of a partial American withdrawal from Asia, the Chinese military moved into the vacuum.

China engaged in a massive modernization program, fueled largely by purchases of Russian weaponry and bolstered by the acquisition of American technology. It shifted its aviation doctrine from defensive to offensive operations, including the ability for long-range strikes throughout Southeast Asia. It has continuously rattled its sabers over the issue of Taiwan. It has laid physical claim to the disputed Paracel and Spratly Island groups, thus potentially straddling one of the most vital sea lanes in the world. In the last year it has made repeated naval excursions into Japanese territorial waters, a cause for long-term concern as China still claims Japan’s Shenkaku Islands, just to the east of Taiwan, and has never accepted the legitimacy of Okinawa’s 1972 reversion to Japan.

During this period, America’s massive business investments continued, but failed to bring about the kind of change that was once envisioned. Much has been written about continued abuses of human rights and political freedoms, but even in economic terms China does not offer the kind of stability that normally accompanies large-scale investment. A January study of 35 countries by PricewaterhouseCoopers placed China dead last among the world’s economies in terms of “opacity,” a measure of unclear legal systems, accounting standards, and corruption.

In a twist that would have made both Marx and Sun Tzu laugh with delight, the clearest impact of more than two decades of trade seems to be that those who have invested in China have become hostages of its undemocratic system, to the point that some have become practiced apologists for the arrogance of its leadership. Expressions of concern over China’s frequent misbehavior are dismissed by U.S. businessmen lobbying their own government, on the grounds that China is merely growing into a superpower and room must be made for such conduct. Little mention is made of the unassailable fact that many who argue these points have been the enablers of China’s frequently irresponsible ascent — all, as Lenin would have put it, for a profit.

Over the past 10 years the second-tier countries in the region have watched these developments carefully, history warning them that they must hedge their bets against eventual change. The consistent failure of the U.S. to take firm action against Chinese misconduct in such highly visible matters as its assistance of Pakistan’s development of nuclear capability is viewed as a sign of a permeating weakness. The mistreatment of our major ally Japan causes some to wonder if Chinese power has become so dominant that we will abandon old friends.

Some countries, such as Vietnam, have sought to copy China’s methodology. Others prepare quietly to accommodate a power shift if it occurs, and are ever more hesitant to align themselves with the U.S. on regional issues such as the EP-3E incident.

If we are to retain our rightful place as a Pacific power, we must reverse the momentum that has carried over from the Cold War, and begin treating China with the caution that its recent policies demand. Three areas in particular seem to call for attention.

First, we should send very clear signals to China that we will not tolerate the interference with military operations conducted in international waterways or airspace. Northeast Asia is a busy and volatile place. It is the only point in the world where the military interests of the U.S., China, Japan and Russia intersect, and it is complicated further by the unpredictable militarism of North Korea as well as China’s incessant threats against Taiwan.

With respect to Taiwan, we must be clear that we are firmly committed to its defense until a peaceful, mutually acceptable solution can be obtained regarding its political status. This is no more than we guaranteed when Germany was divided, and it is the same guarantee we have made in the case of a divided Korea.

Second, we should reinvigorate our vitally important relationship with Japan, and we should more vigorously pursue a relationship with India. Our relations with Japan suffered greatly during the Clinton administration, chiefly through neglect as China was assiduously courted at Japan’s expense. India, nearly as populous and much more democratic, is a natural and historic counterpoint to Chinese expansionism. It boasts a reasonably transparent economic system, and has moved away from the bilateral relationship it had with the Soviets during the Cold War toward a more centrist position in Asia.

Third, American businesses should see the danger in having exposed themselves to the unpredictable nature of an unelected, authoritarian government, and seek investments elsewhere in Asia. One of the reasons frequently mentioned for the collapse of economies in such nations as Thailand was that cheap Chinese labor drew investments away just as the emerging “tigers” began to develop a middle class, in a sense punishing these nations for their very success. It would be good for the region, as well as for the national security of the U.S., if American companies took a second look at the countries where so much was accomplished before the collapse of 1997.
What the Chinese government does not seem to understand is that the U.S. has no need to deal with them unless it suits its own national interest. And it does not suit our national interest to advance the ambitions of a hostile, arrogant leadership that seems bent on driving us out of Asia.