Webb to Hothead Senators: Cool It 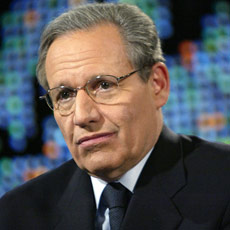 Last year, I ran into the Washington Post’s veteran President watcher Bob Woodward over at National Airport and chatted with him about Libya and the choices and perspectives swarming around President Obama at the time. I can’t compromise our conversation other than to say that we thought that we ought to create some sort of two-week foreign policy boot camp that we got every White House aspirant to agree to go through before running for the presidency — not only about important national security case studies but how to manage divergent factions around him or her.

After watching the recent reckless calls of Senators John McCain, Lindsey Graham and Joe Lieberman for direct US military involvement in Syria — I feel that the pool of foreign policy boot camp students should be expanded to everyone who runs for the US Senate. Maybe in a year or two we could add the House of Representatives candidates.

After he retires at the end of this Congress in 2012, Senator James Webb would make the ideal teacher — maybe even the headmaster — at this Foreign Policy Boot Camp. Woodward and I could be adjuncts.

On Wednesday, Jim Webb went down and said what needed to be said about America’s limited options in the worsening crisis in Syria — and also stated that Libya was an anomaly when it came to US military action, not a rule. 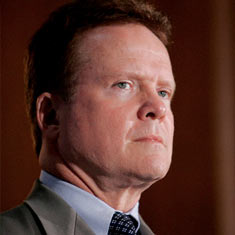 From a press release that the Senator’s office released:

Senator Webb reiterated his concerns about the precedent set by the President’s unilateral decision to use force in Libya, where historical definitions of national security interest were not clearly met. “I have a great deal of concern when you look at the Libya model where the basic justification has been humanitarian assistance, which is very vague and is not under the historical precepts that we have otherwise used,” said Senator Webb.

Webb’s comments about Syria were constructive and, in my view, indirectly chided those Senators in the Chamber chomping at the bit for yet another deployment of US military force abroad.

When people are talking about the need for leadership, we need to have a little sense of history. Leadership is not always taking precipitant action when the emotions are going. It is in achieving results that will bring about long-term objectives. . .Probably the greatest strategic victory in our lifetime was the Cold War. That was a conscious, decades-long, application of strategy with the right signals with respect to our national security apparatus.

What Senator Webb is saying is that emotional impulses may feel good at the time but they rarely achieve intended results. Americans may feel sympathy for and the pain of those Syrians being ruthlessly attacked by security forces of their own government — but to lash out emotionally, to commit to bombing campaigns, to arm the apparent rebels with US weapons may not achieve neither an outcome that stabilizes Syria or one that protects American interests in the long run.

I think Webb is impressively resisting the sweeping currents of passion about Syria in the right way — and calling for sensible strategy. Syria and Libya are vastly different in the way that government forces and those trying to rebel are standing off. In the 1990s, Turkey moved hundreds of thousands of troops to the Syrian border during unrest then because of fears that Syrian-based Kurds would move across the border into Turkey. Arab fighters could decide to flood into Syria if the fighting there turns into a sectarian Civil War.

Graham, McCain, and Lieberman need to realize that there are other powers with equities in the Syria situation — and that they can also apply pressure and operate in ways that the US cannot. But a near term, large scale US military intervention, or bombing campaign, in Syria will not stabilize Syria.

I would like to see the victims of and those standing against Assad’s thuggery prevail — but it’s important for those watching these uprisings to remember that revolutions are mostly domestic affairs — and that sometimes it takes the horrors of conflicts like the one we are seeing in Syria to galvanize the people enough to throw off their government and to select another one. The role of outside powers is usually and should be minimal — and if a nation like the US deeply intervenes, which is what McCain, Lieberman and Graham want — then the legitimacy of the successor government could be undermined.