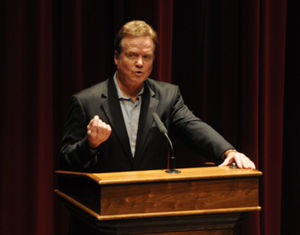 Few people should find any grounds to challenge such a notion. Even Barack Obama has said that “the President does not have power under the Constitution to unilaterally authorize a military attack in a situation that does not involve stopping an actual or imminent threat to the nation.”

Of course, Obama made those comments as a candidate. Since assuming the presidency he has taken a rather different tack — especially with regard to Libya, where — Webb says — he “failed to provide Congress with a compelling rationale” based on U.S. security interests for ordering military intervention.

Webb is wrong on certain issues, but not on this one. Like the recently defeated Sen. Dick Lugar, R-Ind., he is willing to put principle and the national interest above partisan and parochial concerns — an increasingly rare quality in Washington. Webb is not running for re-election. He will be missed.