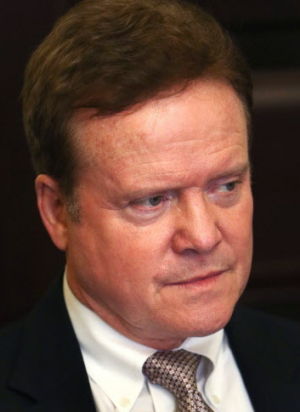 Jim Webb no longer represents Virginia in the United States Senate. He has not disappeared. He has written the lead article for the March/April issue of The National Interest.

In “Legislative Irrelevance,” Webb laments the “fading role of Congress in foreign-policy decision-making.” Throughout his life, Webb has focused on national security. He served in the Marine Corps and fought in Vietnam. He worked on Capitol Hill and in the Pentagon. As a senator, he held positions on the Armed Services and Foreign Relations committees. During conversations with The Times-Dispatch’s Editorial Board, he addressed international issues with passion and insight. Webb’s essay reflects his knowledge and experience. It is a sobering read for partisans on both sides of the aisle.

Webb opens by citing the Constitution. The Founders invested Congress with considerable powers regarding the defense of the realm. They limited presidential authority, in part because they objected to Old World prerogatives that allowed monarchs and tyrants to plunge their nations into war. Only Congress, the Constitution asserts, can declare war; Congress has the authority to appropriate funds to defend to the realm. Although presidents negotiate treaties, Congress must ratify them. Webb says that Congress has ignored its obligations under the principle known as “advice and consent.”

He blames both parties. The American system, he argues, increasingly resembles Britain’s parliamentary process. The prime minister sets the agenda, and his party in the House of Commons dutifully falls into line. Webb sees similar things happening in the United States. Republican legislators tolerate from Republican presidents what they would not tolerate from Democrats. The same equation applies to Democrats in Washington. As a consequence, presidential power grows under Republicans and Democrats alike. He criticizes President Obama’s penchant for unilateralism.

Webb explains deficiencies in the Bush administration’s handling of the invasion of Iraq. He also devotes considerable attention to the Obama administration’s military intervention in Libya. Indeed, he obliterates the Obama White House’s arguments for intervention and takes Congress to task for betraying its constitutional duties.

By writing for The National Interest, Webb has written in the national interest. Congress needs his perspective. An engaged citizenry would spend less time watching the bombast on cable television or listening to the imbecilities on talk radio and more time reading serious material such as his.