What It Means To Be A Leader 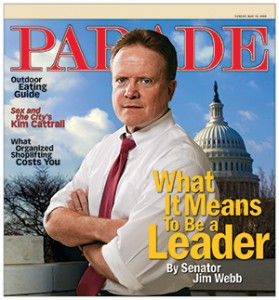 On June 5, 1968, I had the honor of taking the oath of office as a second lieutenant in the United States Marine Corps. Thus my professional career began with a vow to protect the Constitution against all enemies, foreign and domestic, at a time when the country was riven by external and internal conflict.

Our instructors at the Marine Officers Basic School were handpicked from among the finest young officers in the Corps. Almost all had been in combat, and many bore visible scars. As the months at school went by, they repeatedly and unendingly challenged us with an age-old mantra: What do you do now, lieutenant?

Just before we graduated, a tough but insightful lieutenant colonel who had fought in World War II, Korea and Vietnam gave us a speech, a warning that echoes in my memory almost every day. He recounted a story of a fight in Korea that went incredibly bad—where, for all his experience, he made an error in judgment.

“I had the enemy pinned down on a ridge,” he said. “I set up a base of fire and sent 13 Marines into the tree line in order to envelop the enemy. Thirteen Marines went into the tree line, and all 13 were killed. And, gentlemen, there is not a day that goes by when I don’t think of that.”

The colonel then spoke of the inalienable bottom line of combat leadership: While all Marines are equally in harm’s way, it is the leaders who must make the decisions about what to do, then live with the results. What he may not have realized is that he also spelled out the responsibility that sits on the shoulders of all leaders.

In the long months I spent as a rifle platoon and company commander in Vietnam’s infamous An Hoa Basin, the colonel’s admonition resonated again and again. We constantly operated in blown-out populated areas, moving from village to village and digging new perimeters every few days. The An Hoa Basin was a bloody, morally conflicted mess. Enemy contact came in every imaginable form, from small cells of local Viet Cong to regiment-sized North Vietnamese Army units. And every day, we who led the squads, platoons and companies were required to make decisions that would have confounded the seminars on ethics and philosophy at universities where some of our peers now grappled intellectually with the war we had been sent to fight.

Sometimes such moral dilemmas became deeply personal. “Clearing” village bunkers was a normal process when we were facing enemy contact. Every Vietnamese family had a bunker next to its porch. When firefights broke out, families went into their bunkers. But it was a common tactic for enemy soldiers to hide there as well, often allowing them to open fire on us from behind. So a routine developed, which the Marines and the villagers understood. Marine teams would move from bunker to bunker, telling villagers to come out. After that, a Marine would throw a grenade into the bunker, then one of them would enter it, making sure it was clear.

During one sweep, the Marine who jumped into the bunker following the blast found that three people had not come out. A younger man, probably a local Viet Cong, had been killed. Hardened by combat, we shrugged him off. But the other two stopped my heart even in the mind-numbing repetition of tragedy that defines war.

A gray-haired man in white pajamas, probably a grandfather, was dead, having wrapped himself around a small boy to protect him from the blast. It was clear that his final thoughts were of the boy. His shocked, opaque eyes and his still-curled body were the very definition of love and human sacrifice. The boy was still alive, although barely.

We were in contact with the enemy, and night would soon be upon us. I walked through the village, setting up our defensive positions and calling in a report to our commander. A corpsman followed me, cradling the boy in his arms. He and I had now served together through seven months of hard combat. We had seen a mountain of tragedy, and we kept nothing from each other. He was insistent: “Skipper, if you don’t get this kid out of here right now, he’s going to die.”

I called for a medevac, but I knew what the answer would be. Emergency medevacs were available only for Marines. We were in a high-risk landing zone. Vietnamese civilians could only be given “routine” medevacs when landing zones were calm and all Marines had been taken care of.

What do you do now, lieutenant?

I couldn’t lie to my chain of command. There weren’t any wounded Marines. I made a case for the boy and lost. “They’ll only bring it in as a routine,” I told the doc. We knew this could take hours.

“All right,” he answered, clearly exasperated. “Then you watch him die.”

The doc put the boy on a wooden box next to our command post. Over the next half hour, as I spoke on the radio, the boy lay near me quietly, never making a sound, all the while watching me. Nor could I stop watching him. And as we stared at each other, he slowly died.

There are still moments when I look back and see the little boy’s brown eyes and the curled corpse of the grandfather whose last thought had been to save him. I will never forget them, nor should I. The An Hoa Basin filled us all with a lifetime of such stories.

When you have personalized death, looked into the eyes of innocent people as the life drained out of them, watched lives torn apart not once but hundreds of times—friends, enemies and those caught in between—it brings not only sadness but also an oddly stubborn wisdom. When you have watched an enemy fight with ferocity and often with honor, you tend to conclude that on some level you have more in common with those you were trying to kill than you do with people who view wars only as an intellectual debate. And when you have served among good people, fellow Marines, some of whom you came to love with the same intensity as you do your own family, there are few others you will meet in your lifetime who can ever gain that same level of trust and respect.

As the colonel intimated in his talk, a sense of accountability is the burden of leadership, whether in combat or on Capitol Hill. When you have the authority to make decisions, you inherit the responsibility to accept the consequences and the obligation to use your authority for the common good. 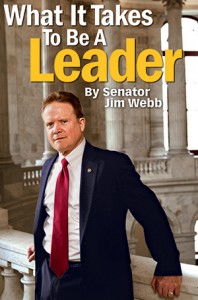 What has this got to do with the politics of today?

Our country is in the middle of a profound crisis. This crisis has many causes, but much of it has been brought about by poor leadership decisions at every level of government. In addition, our electoral process is dominated by financial interests that are threatened by the very notion of reform.

Elections shouldn’t be media circuses, nor should they be auctions where a candidate sells himself to the highest bidder. They should be moral contracts between those who wish to lead and those who are consenting to be led.

In one form or another, this question is asked daily in every community and in almost every household around the world. In authoritarian societies, it’s whispered; in others, it is debated. In America, we quite frankly find ourselves doing a little of both.

Our challenges lie in improving the way we’ve been selecting our leaders. To the American voters, I offer this advice: Be as shrewd and ruthless in your demands on our leaders as the wizards running campaigns are in their strategies to get your vote. Do your part to send to Washington people who truly want to solve the problems of this country from the bottom up.

You won’t regret it. You will benefit from it. And the stakes could not be higher. Sometimes the business of politics seems silly. It can also be infuriating. But you must stay in the game, because you and your grandchildren will be the inheritors of both our successes and flaws.