Atlantic Magazine, One of the World’s Brave Thinkers 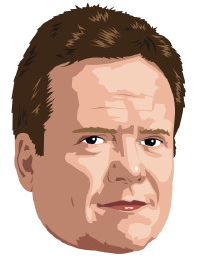 Quote: “I think you can be a law-and-order leader and still understand that the criminal justice system as we understand it today is broken.”

After squeaking into his seat in 2006, Webb became an activist for prison reform—an issue almost universally unpopular among voters, especially in a tough-on-crime state like Virginia. He introduced a bill in March that would establish a commission to review the nation’s prison system. A small step, certainly. But he’s taking on public apathy and a thriving privatized-prison industry that houses nearly 10 percent of federal and state prisoners and lobbies politicians with vigor. Webb has called our prison system a “national disgrace,” and he’s right: the U.S. incarcerates 2.3 million people (25 percent of the planet’s prisoners), and monitors another 5 million on probation or parole (more than 60 percent of whom will end up back in the clink). Huge numbers of inmates are mentally ill and more than 20 percent have been sexually abused while locked up; meanwhile the number of drug offenders behind bars (where they take up scarce space and resources) has increased by 1,200 percent since 1980. By tackling prison reform as a freshman senator, Webb has shown he possesses two things vanishingly rare in Congress: a conscience and a spine.