The Thomas Jefferson Foundation Medal in Citizen Leadership, jointly awarded by the University of Virginia as its highest recognition for public service 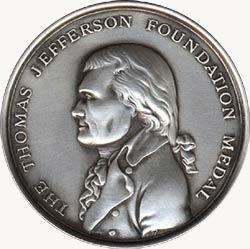 Toyo Ito, a Tokyo-based architect who combines conceptual innovation with superbly executed buildings, as in his masterpiece, the Sendai, Japan Mediatheque, which reimagines what a public museum and library should be in the digital age.
Kenneth R. Feinberg, an attorney who has administered the compensation funds for victims of the Sept. 11 terrorist attacks, the BP oil spill in the Gulf of Mexico, the 2007 shootings at Virginia Tech and the Boston Marathon bombings.
James H. Webb, Jr., a former U.S. Senator (D-Va.) and Secretary of the Navy, decorated Vietnam veteran and successful author, journalist and filmmaker.

The Thomas Jefferson Foundation Medals recognize the achievements of those who embrace endeavors in which Jefferson, author of the Declaration of Independence and third U.S. president, excelled and held in high regard.

The awards are presented annually on Jefferson’s birthday – April 13, known locally as Founder’s Day – by U.Va., which he founded in Charlottesville in 1819, and by the Thomas Jefferson Foundation, the independent, nonprofit organization that owns and operates his home, Monticello. This year, April 13 falls on a weekend, so the medals will be presented on Friday, April 11.

“These medal recipients have excelled in fields that are very different from each other, but they come together on this day because of the profound significance of their achievements,” U.Va. President Teresa A. Sullivan said. “A common denominator for all of them is their commitment to the public good.”

The medals are the highest honors bestowed by the University, which grants no honorary degrees. 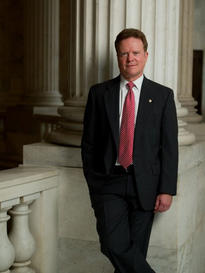 “In many ways, Thomas Jefferson was the architect of American life,” said Leslie Greene Bowman, president and CEO of the Thomas Jefferson Foundation. “Our third president was not only the Enlightenment philosopher who wrote the Declaration of Independence, he was also a lawyer, scientist, architect, gardener, epicure, politician and diplomat. From our founding documents to the neoclassical style of the federal city, Jefferson shaped the new nation. “We are pleased to honor the 2014 Thomas Jefferson Foundation medalists, who exemplify the best in their fields and who, like Jefferson, provide essential leadership for our world.”

Bowman and Sullivan will present the medals, struck for the occasion, at a luncheon in the Rotunda Dome Room. The recipients will be honored at a dinner at Monticello on April 10, and each will give a free public talk at U.Va. (Details below.)

Webb will also be the featured speaker at Monticello’s commemoration of Jefferson’s 271st birthday, on April 11 at 10 a.m. on the West Lawn of Monticello. The celebration is free and open to the public.