By virtue of Mr. Trump’s electoral base and genuine status as a political outsider, he is positioned to bring two much-needed adjustments to our governing process. 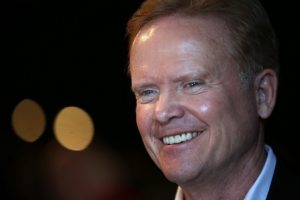 First, his administration should break the damaging “turnstile” that has given an unelected elite far too much power, particularly in foreign policy. What can one say of an establishment whose members repeatedly swap slots in law firms and think tanks for titles in various presidential administrations but rarely come up with fresh, independent advice? How can one set of “Republican” advisers persuade George W. Bush to make the strategic blunder of invading Iraq, and then a new set of “Democratic” advisers lure Barack Obama into the debacle of the Libyan intervention? It was no accident that many Republican mandarins endorsed Hillary Clinton last year. The new administration should bid them all goodbye. Rex Tillerson’s selection as secretary of state is a welcome signal to that end.

The second opportunity is to reset the national discussion, as well as government policies, on race. Few would dispute the original purpose of affirmative action, which was to help African-Americans remove the “badges of slavery.” But after the 1965 Immigration Reform Act, the ethnic makeup of the country dramatically changed. Affirmative action expanded into broader diversity programs, often discriminating against poorer blacks and Americans who happened to be white. Working whites have been hit particularly hard, since white America is not a monolith but a composite of cultures widely stratified in terms of education and income. The disparate impact of diversity programs on different white cultures is not apparent using broad statistics based on race. In addition, more frequent racial intermarriage has blurred the data further, and will continue to do so.

In short, the discussion is mired in the biracial dialogue of the 1960s, while our challenges have become multicultural and mixed with reverse discrimination. Many people who want to remedy this voted for Mr. Trump. One can hope his administration will seek policies to reduce racial tensions and increase fairness for all Americans.