One would think we could celebrate the recognition that Harriet Tubman will be given on future $20 bills without demeaning former president Andrew Jackson as a “monster,” as a recent Huffington Post headline did. And summarizing his legendary tenure as being “known primarily for a brutal genocidal campaign against native Americans,” as reported in The Post, offers an indication of how far political correctness has invaded our educational system and skewed our national consciousness. 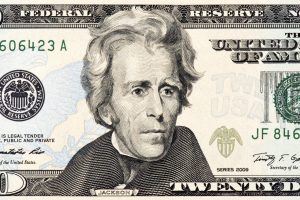 This dismissive characterization of one of our great presidents is not occurring in a vacuum. Any white person whose ancestral relations trace to the American South now risks being characterized as having roots based on bigotry and undeserved privilege. Meanwhile, race relations are at their worst point in decades.

Far too many of our most important discussions are being debated emotionally, without full regard for historical facts. The myth of universal white privilege and universal disadvantage among racial minorities has become a mantra, even though white and minority cultures alike vary greatly in their ethnic and geographic origins, in their experiences in the United States and in their educational and financial well-being.

Into this uninformed debate come the libels of “Old Hickory.” Not unlike the recently lionized Alexander Hamilton, Jackson was himself a “brilliant orphan.” A product of the Scots-Irish migration from war-torn Ulster into the Appalachian Mountains, his father died before he was born. His mother and both brothers died in the Revolutionary War, where he himself became a wounded combat veteran by age 13. Self-made and aggressive, he found wealth in the wilds of Tennessee and, like other plantation owners such as George Washington, Thomas Jefferson and James Madison, owned slaves. He was a transformational president, hated by the reigning English American elites as he brought populist, frontier-style democracy to our political system.

Jackson became the very face of the New America, focusing on intense patriotism and the dignity of the common man.

On the battlefield he was unbeatable, not only in the Indian Wars, which were brutally fought with heavy casualties on both sides, but also in his classic defense of New Orleans during the War of 1812. His defense of the city (in which he welcomed free blacks as soldiers in his army) dealt the British army its most lopsided defeat until the fall of Singapore in 1942.

As president, Jackson ordered the removal of Indian tribes east of the Mississippi to lands west of the river. This approach, supported by a string of presidents, including Jefferson and John Quincy Adams, was a disaster, resulting in the Trail of Tears where thousands died. But was its motivation genocidal? Robert Remini, Jackson’s most prominent biographer, wrote that his intent was to end the increasingly bloody Indian Wars and to protect the Indians from certain annihilation at the hands of an ever-expanding frontier population. Indeed, it would be difficult to call someone genocidal when years before, after one bloody fight, he brought an orphaned Native American baby from the battlefield to his home in Tennessee and raised him as his son.

Today’s schoolchildren should know and appreciate that Jackson’s July 1832 veto of legislation renewing the charter of the monopolistic Second National Bank prevented the creation of a permanent aristocracy in our country. Jackson was virulently opposed in this decision, openly threatened by America’s elites. Pulitzer Prize-winning historian Vernon Louis Parrington called this veto “perhaps the most courageous act in our political history.”

Just as significantly, in November 1832, South Carolina threatened to secede from the Union. Jackson put a strong military force in position, letting it be known that if it attempted secession he would have 50,000 soldiers inside the state within 40 days, with another 50,000 to follow shortly after. Wisely, South Carolina did not call Jackson’s bluff, and civil war was averted for another 28 years.

Jackson was a rough-hewn brawler, a dueler and a fighter. For eight years he dominated American politics, bringing a coarse but refreshing openness to the country’s governing process. Jefferson called him “a dangerous man.” Quincy Adams termed him a “barbarian.” But as Parrington put it, “he was our first great popular leader, our first man of the people. . . . one of our few Presidents whose heart and sympathy . . . clung to the simple faith that government must deal as justly with the poor as with the rich.”

Mark Twain once commented that “to arrive at a just estimate of a renowned man’s character one must judge it by the standards of his time, not ours.” By any standard we should respect both Jackson’s and Tubman’s contributions. And our national leaders should put aside their deliberate divisiveness and encourage that we do so.