Jim Webb, former Senator from Virginia, has been a combat Marine, a counsel in the Congress, an assistant secretary of defense and Secretary of the Navy, an Emmy-award winning journalist, a film-maker, and the author of ten books.

Mr. Webb is descended principally from the Scots-Irish settlers who came to this country from Northern Ireland in the 18th century and became pioneers in the Virginia mountains. Through the 1800’s and early 1900’s, Mr. Webb’s ancestors moved steadily west and south from Virginia, most often to settlements in North Carolina, Tennessee, Kentucky, Arkansas and Missouri. In the mid-1900’s many members of the family joined the westward migration to California, and the family is now scattered throughout the continental United States.

Both sides of Mr. Webb’s family have a strong citizen-soldier military tradition that predates the Revolutionary War. Mr. Webb’s father was a career Air Force officer who flew B-17s and B-29s during World War Two, cargo planes during the Berlin Airlift, and was a pioneer in the United States missile program. Colonel Webb was the first family member to finish high school and graduated from the University of Omaha in 1962 after 26 years of night school.

While in the Senate, Mr. Webb was selected to deliver the response to the President’s State of the Union address in 2007, and served on the Foreign Relations, Armed Services, Veterans Affairs, and the Joint Economic Committees.  He wrote, introduced, and guided to passage the Post-9.11 GI Bill, the most significant veterans legislation since World War II, and co-authored legislation which exposed 60 billion dollars of waste, fraud and abuse in Iraq and Afghanistan wartime-support contracts. A long-time advocate of fixing America’s broken criminal justice system, Mr. Webb was spotlighted in The Atlantic Magazine as one of the world’s “Brave Thinkers” for tackling prison reform and possessing “two things vanishingly rare in Congress: a conscience and a spine.”

Having widely traveled in Asia for decades, as Chairman of the Foreign Relations Committee’s Asia – Pacific Subcommittee Mr. Webb was a leading voice in calling for the United States to re-engage in East Asia, meeting frequently with key national leaders throughout the region.  In 2009, he led an historic visit to Burma, becoming the first American leader to visit that country in ten years, and opening up the dialogue that resulted in the re-establishment of relations between our two countries.

Mr. Webb graduated from the Naval Academy in 1968, receiving a special commendation for his leadership contributions.  First in his class of 243 at the Marine Corps Officer’s Basic School, he served as a rifle platoon and company commander in Vietnam and was awarded the Navy Cross, the Silver Star Medal, two Bronze Star Medals, and two Purple Hearts.  He graduated from the Georgetown University Law Center in 1975.

Mr. Webb served in Congress as counsel to the House Committee on Veterans Affairs from 1977 to 1981.  In 1982 he led the fight to include an African American soldier in the Vietnam Veterans memorial on the National Mall.  In 1984 he was appointed Assistant Secretary of Defense for Reserve Affairs, and in 1987 became Secretary of the Navy.

He was a Fall 1992 Fellow at Harvard’s Institute of Politics.

In addition to his public service, Mr. Webb has enjoyed a varied career as a writer.  He taught literature at the Naval Academy.  Traveling widely as a journalist, he received an Emmy Award for his PBS coverage of the U.S. Marines in Beirut in 1983, and in 2004 was embedded with the U.S. military in Afghanistan.  A screenwriter and producer, his original story “Rules of Engagement” held the top slot in U.S. box offices for two weeks in April 2000. Mr. Webb has written ten books, including “Born Fighting,” a sweeping history of the Scots – Irish culture, and “Fields of Fire,” widely recognized as the classic novel of the Vietnam War.

Mr. Webb has six children and lives in Northern Virginia with his wife, Hong Le Webb. He speaks Vietnamese and has done extensive pro bono work with the Vietnamese community dating from the late 1970s. 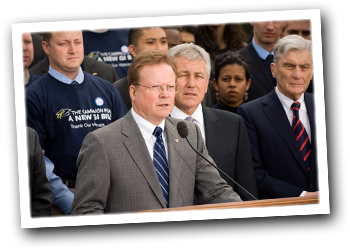 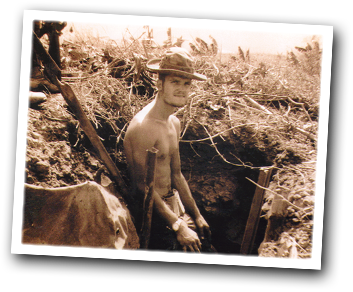