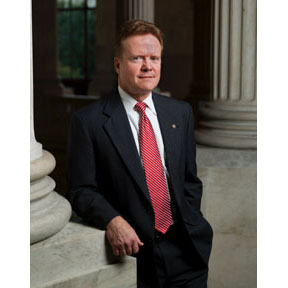 Sens. Jim Webb and James Inhofe, chair and ranking member of the East Asian and Pacific Affairs Subcommittee, called on Friday for an end to U.S. development aid to China, now the world’s second-largest economy.

Since 2001, the U.S. has provided more than $275 million in direct assistance to China for projects such as expanding internet access and improving public transportation. In addition, China receives billions from multilateral institutions like the United Nations, to which the U.S. is among the largest contributors.

“With more than $3 trillion in foreign exchange reserves and a double digit economic growth rate, China certainly has the financial resources to…care for its citizens without relying on U.S. assistance,” the senators wrote to appropriators. “As the committee reviews current appropriations bills, we would request that in FY2012 you end all U.S. aid to China—other than programs that assist the people of Tibet or promote respect for human rights and democracy in China—and direct our representatives at international organizations to work to end multilateral aid to China.”

China currently owns $1.2 trillion of U.S. Treasury debt and has launched its own multi-billion dollar foreign assistance program to rival the U.S.

Both the United Kingdom and Australia announced this year that they will no longer provide direct assistance to China.